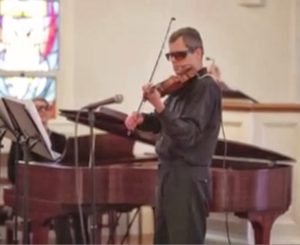 Happy New Year to everyone! I had a delightful time celebrating the New Year on Cape Cod, where Leo Katz and I played at the Chatham First Night event. Our concert included many of the songs from our CD.

The Town of Chatham TV Station has released a video about the event, featuring our performance of Limehouse Blues.

This was the first time we played at Chatham First Night, which we were told is the largest New Year festival in Massachusetts outside of the City of Boston. We truly enjoyed it. And I was so touched to receive beautiful comments from the organizers afterwards: “We thought you guys were sensational… Bravo! Looking forward to a repeat performance next year.” We certainly hope to be back!